The Thierry Latran Foundation participate to the Encals meeting

The annual meeting of the European Network for the Cure of ALS  took place in May 2015 in Dublin.

Following its objective to contribute to find a treatment, the Thierry Latran Foundation is an active supporter since 2011 as we organise our annuel scientfic meeting the day before the congres. We offer the venue for two researchers per project that include the extranights for Encals. Therefore we help PhD to attend the meeting so that the researchers network get broader. The number of participants is  constantly increasing, 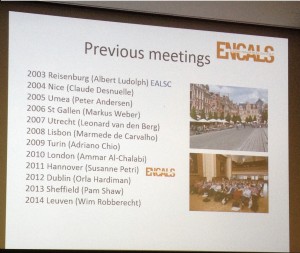 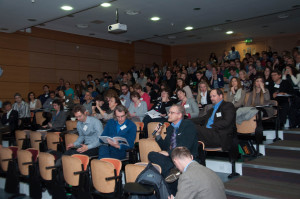 For this 13th edition, 260 researchers attended. The increase in the number of research laboratories is an encouraging sign towards finding a cure 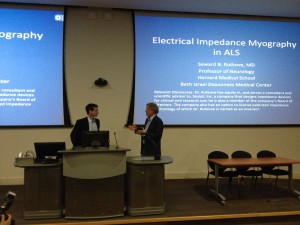 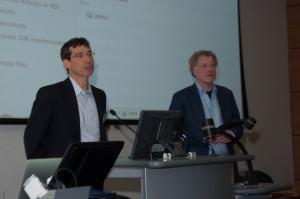 Among presentations, some were dedicated to the results of projects financed by the Foundation. Dr Luc Dupuis who work at the INSERM laboratory in Strasbourg, directed by Dr Jean-Philippe Loeffler has been selected in 2013 for a project SpastALS  whose aim is to understand the mechanisms leading to serotonergic degeneration and subsequent muscle spasms. 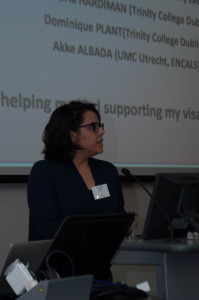 Hager  el Oussini, a PhD student in the team of Dr Luc Dupuis, presented in a plenary session their results

on “the role of Serotonin 2b Receptor preventing microglia degeneration and disease progression in ALS”. Serotonergic receptors were studied in brainstem and spinal cord of SOD1 G86R end-stage mice and the HTR2B gene, encoding for 5-HT2B receptor, was found up-regulated.

Through a  functional analysis of this receptor  they found a correlation between up-regulation of this receptor and survival. Mice carriers for SOD1 G86R and crossed SOD1 G86R mice knockout for HTR2B reached the disease onset at the same time, but the latter ones were characterized by a shorter survival. The 5-HT2B receptor was found up-regulated only in the microglial fraction of end-stage mice and SOD1 mutant/HTR2B knockout mice showed a fragmentation of the microglial cytoplasm, indicating a modifier effect of the receptor on the microglial morphology.
They showed how tag SNP screening of HTR2B gene in a Dutch population cohort of ALS cases and matched controls did not highlight any significant difference between the two groups. However, four SNPs on HTR2B gene seemed to be correlated with survival expectancy in patients. 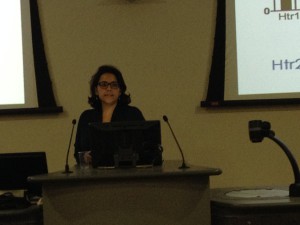 Furthermore, a correlation between HTR2B SNPs associated with short survival was found with a decreased 5-HT2B receptor level in spinal cord samples of seven ALS patients; those results must be confirmed in a larger cohort of samples.