The discovery of a prognostic biomarker in ALS

Within the prestigious University of Oxford (ranked for 2014-2015 as  number one University in Health Science by the Times Magazine), Dr. Martin Turner undertakes a  cutting- edge research on biomarkers. 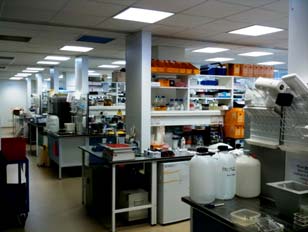 Martin R. Turner is a Consultant Neurologist and Medical Research Council & Motor Neuron Disease Association Lady Edith Wolfson Clinician Scientist Fellow. He was recipient of the 2012 Young Investigator Award by the European Network for the Cure of ALS. He is Co-Director of the Oxford MND Care and Research Centre.

He leads the BioMOx study, The Oxford study for Biomarkers in Motor Neuron Disease. This study started in 2009 allowed creating a unique bank of serum and cerebrospinal fluid (CSF) of a significant number of patients of varying sub-types and speeds of progression, including a longitudinal follow-up with samples collected during the disease. A bank of samples coming from healthy volunteers of similar age to MND patients was also created.Optogenetically-Controlled Restoration of Muscle Function in ALS to control breathing in ALS patients without the need for mechanical ventilation

The research project selected in 2012 was conducted in collaboration with Dr Nicola Sibson (Gray Institute for Radiation Oncology & Biology) and Dr Daniel Anthony (Department of Pharmacology).

First results have just been published in Neurology, the official journal of the American Academy of Neurology. 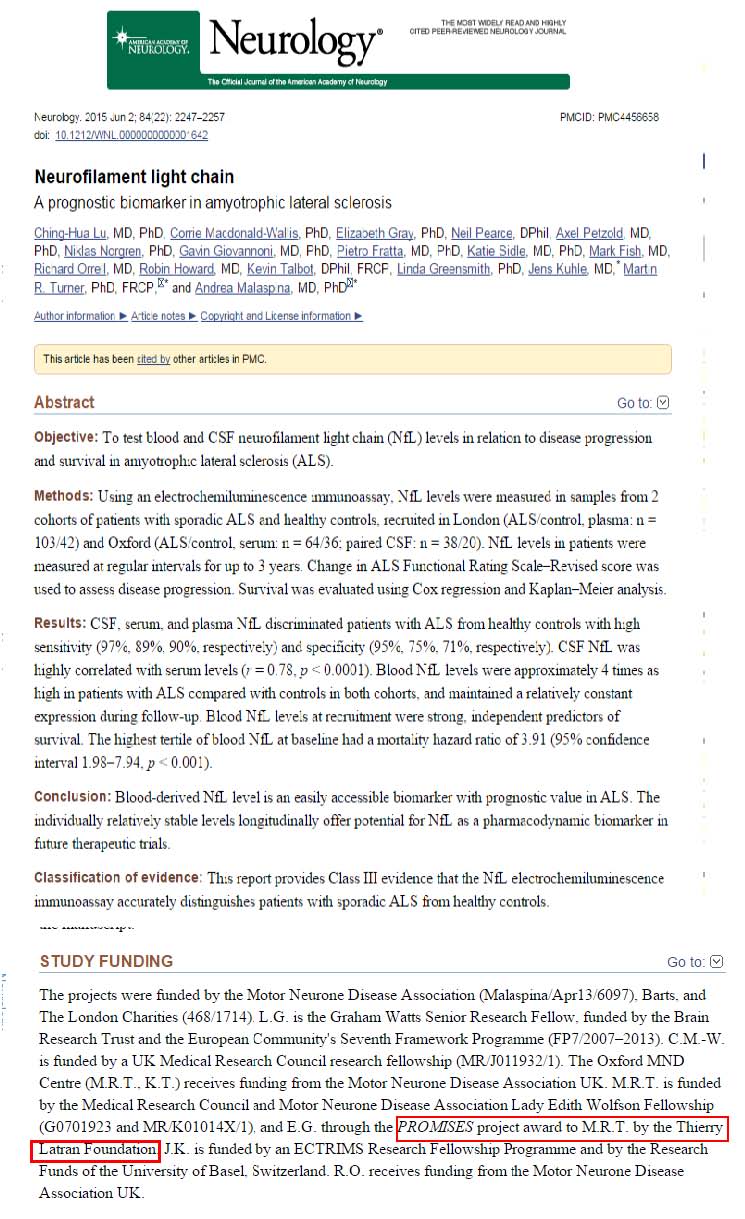 Discovery of a biomarker is a priority in ALS for diagnosis as well as for therapeutic.There is no test for ALS, diagnosis depends on the opinion of an experienced neurologist and the exclusion of other conditions. As well as shortening diagnostic delay, the development of treatments requires the discovery of specific disease markers. Such biomarkers might reveal new pathways containing novel drug targets, or be used to more rapidly assess the response to a candidate drug, or help to individualize planning of care.

The cerebrospinal fluid (CSF) that bathes the brain and spinal cord is a potential source of such biomarkers and substances may also be detected within the blood (serum).

They analysed all the samples collected in the BioMox study using a new sensitive technique called Proton Spectroscopy Metabolomics. This involves the acquisition of a proton nuclear magnetic resonance (1H-NMR) spectrum from the sample, and subsequent principal components analysis (PCA). This enables subtle differences between the spectra from different sub-groups to be identified, with minimal sample preparation required and relatively low cost. Unlike other analytical methods such as mass spectrometry, it is a non-destructive technique so that multiple analyses can be carried out on a single sample if necessary. This metabolomic approach requires no prior assumptions or knowledge. Multivariate pattern recognition can identify distinct patterns of metabolites whose variation as a whole is characteristic of the disease, rather than requiring identification of a unique biomarker. This process can identify large numbers of substances from a tiny amount of fluid, which can be compared with samples donated by healthy volunteers, thus identifying which ones are most linked to ALS. Immune inflammatory responses have been shown to occur in ALS patients’ brain and spinal cords, though it is not clear whether these have a primary destructive or ‘rescue’ role. The project performed also specific measurements of substances linked to this inflammatory response, and markers of cell loss, within the CSF and serum to identify a specific ‘signature’ for ALS.

First results of these huge data mining are the identification of Neurofilament light chain (NFl) as prognostic biomarker. They showed a very good specificity (probability of a negative test if a person doesn’t have ALS) and very good sensitivity (probability of a positive test for a person with ALS) of this dosage. They also found that CSF NfL was highly correlated with serum levels allowing an easy accessible biomarker y a simple blood test.