To explore neuroinflammation to find a therapeutic pathway

Cédric Raoul presents the main outcome of his project

This project was selected during the first call for projects of the Thierry Latran Foundation to understand the molecular nature of the toxic signals coming from the cellular environment of the motoneurons.

Accumulating evidence suggest that neighboring cells of motoneurons, namely astrocytes, actively participate to the pathogenesis of ALS, by releasing factors that selectively kill motoneurons.
Those factors and their therapeutical potential remained poorly known. 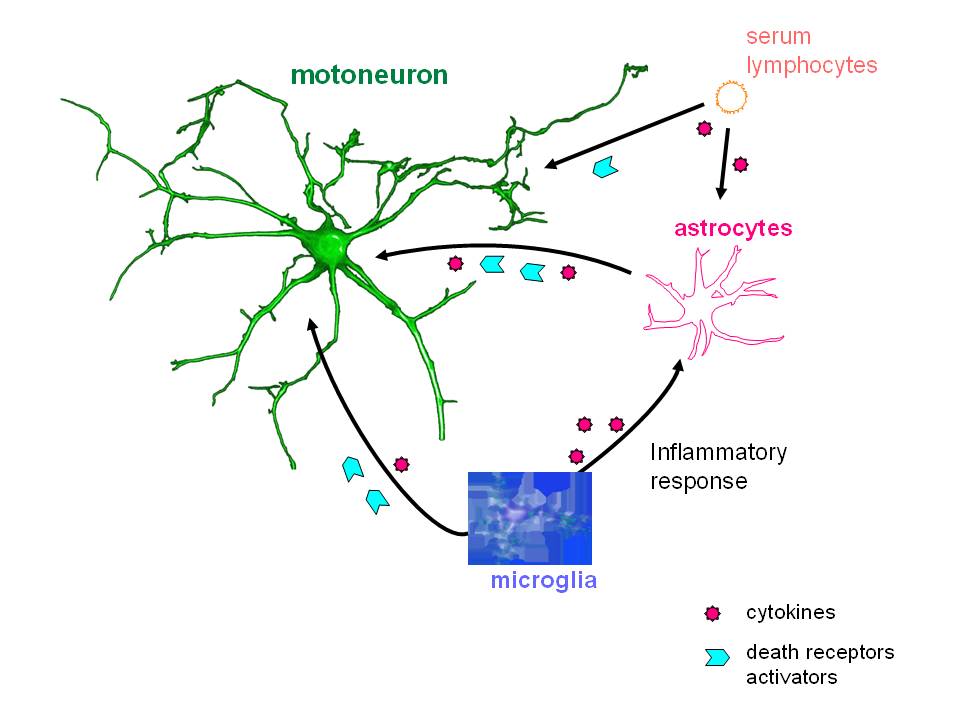 The team demonstrated that a powerful inflammation cytokine in the Central Nervous System interferon gamma (IFNg) selectively induces death of motoneurons. The IFNg released by astrocytes of mice developing an ALS will trigger a LIGHT–dependant cellular program of suicide in the motoneurons. LIGHT is a member of the TNF (Tumor Necrosis Factor) superfamily, it is expressed by immune cell types and plays an important role in innate and adaptive immunity.

Finally, we confirmed by genetic or immunotherapy approaches on experimental models that the inhibition of these pathways delayed significantly the degenerative process and improved the motor abilities of the mice.

Astrocytes, by being the most abundant cells of the nervous system and intimately associated with motoneurons, are pertinent cellular platforms to secrete protective molecules.

Our collaborators on the project at the federal polytechnic school of Lausanne in Switzerland, directed by the professor Patrick Aebischer, developed   powerful viral tools serving as therapeutic support. The team is now able to target precisely various cellular types such as astrocytes or motoneurons, opening many new therapeutical avenues.

A large research center in Montpellier.

Currently located at the Institute for Neurosciences of Montpellier, the Inserm team UMR1051 focus its research on the mechanisms of neurodegeneration involving glial cells and immune system. The research is conducted through a new multidisciplinary team able