The Thierry Latran Foundation selected in 2013 the innovative project: Normalization of the blood-brain barrier deficiency in ALS with inhibitors of the Platelet-Derived Growth Factor CC (PDGF-CC) pathway. The results were published online December 19, 2015 in the Acta Neuropathologica journal

Sebastian Lewandowski is a postdoctoral fellow at the laboratory of prof. Ulf Eriksson and works at the department of Medical Biochemistry and Biophysics in Karolinska Institutet in Sweden. He presents for the Foundation the results of the project.

The factors leading to development of sporadic amyotrophic lateral sclerosis (ALS) neurodegeneration are poorly understood. Traumatic injuries are associated with increased risk for developing ALS (ref 1) and are thought to be the cause for increased mortality rates in military servicemen (ref 2,3), professional football players (ref 4) and general population (ref 1). It has been speculated that the dysfunction of the blood-brain barrier that follows brain injury can lead to ALS. However, the cellular and molecular mechanisms connecting injury events to later development of neurodegenerative diseases remain largely unknown.

We have previously shown that activation of the platelet-derived growth factor c (PDGFC) pathway occurs during brain injury response in ischemic stroke (ref 5), seizures (ref 6) and traumatic blow (ref 7), which results in increased levels of this protein in the patients’ CSF (ref 7). In these neuropathologies PDGFC is activated by tissue plasminogen activator (PLAT) and results in accumulation of cleaved PDGFC and dysfunction of the blood-brain barrier (ref 5,6,7,8), which suggests that it could also occur during the course of ALS.

Our recently published work shows that increased activity of the PDGFC pathway does occur in the spinal cords of SOD1G93A mouse model for ALS and in tissues from sporadic ALS patients (ref 9) (Figure 1). 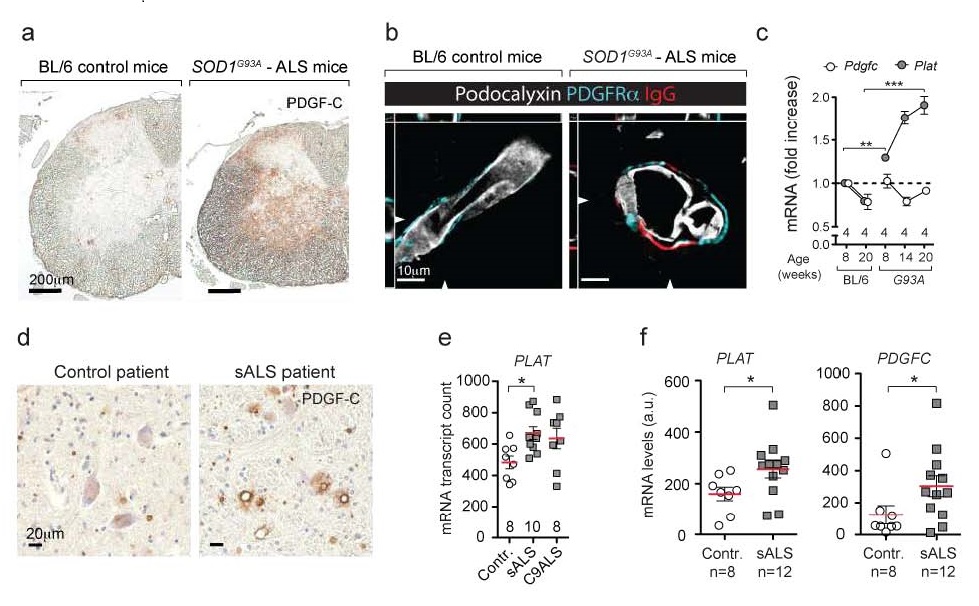 Figure 1. The PDGFC signaling pathway is activated before symptom onset of ALS.

We have reduced the PDGFC signaling in SOD1G93A mice using Pdgfc gene ablation and pharmacological inhibition of the PDGF receptor alpha (PDGFRa) tyrosine kinase activity with imatinib. Both approaches resulted in restoration of the blood-spinal cord barrier properties (ref 9) and delay of symptom onset (Figure 2).

Figure 2. Decreased PDGFC activity delays onset of ALS. a, Deficiency for one (C+/-, blue line) or two copies (C-/-, orange line) of the Pdgfc gene in SOD1G93A ALS mice results in 11 or 13 days of respective symptom onset delay as compared with control mice with both copies of the gene (C+/+, grey line). We observed similar effect of 14 days of onset delay in mice treated with a drug imatinib (green line), which inhibits the PDGF receptor a. b, About half of motor neurons were spared in spinal cords of SOD1G93A mice deficient for one (C+/-, blue) or two (C-/-, orange) copies of Pdgfc gene at disease onset as compared with control mice (C+/+ grey). c, Sporadic ALS patients with decreased neuronal expression of PDGFC or PLAT genes show correlation with older age at disease onset. r – Pearson correlation, p – one-tailed t test p value.

In summary, our observations show that activation of the PDGFC protein occurs before the onset of symptoms in genetic ALS mouse models and is present in sporadic ALS patients. The connection between PDGFC activity and time of ALS onset can provide a plausible mechanism explaining why traumatic injuries which also lead to PDGFC activation (ref 1) result in higher risk for developing sporadic forms of ALS. Since the imatinib drug can also affect other signaling pathways, our group is currently working to develop a treatment strategy to inhibit the PDGFC protein using monoclonal antibodies. This approach is more specific mean to inhibit PDGFC and could be developed into potential patient therapy aimed at ALS onset.